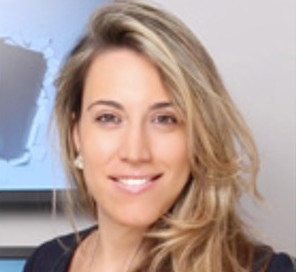 Daniela Cambone is a veteran journalist and considered one of the most trusted voices in the precious metals sector, having covered financial markets for over a decade.

She is currently the Editor-at-Large and Chief Anchor for Stansberry Research. Daniela made her mark as the Editor-in-Chief and Lead Anchor for Kitco News, covering global markets, economic news and commodities. Her work was simultaneously featured and covered on Jim Cramer’s TheStreet.com, Forbes, Yahoo Finance and MSNBC.

In 2010, Daniela helped start Kitco News, a division of Kitco.com. The brand became the preeminent news source for precious metals and commodities coverage. During her tenure, Daniela covered and moderated at various investment and mining conferences including Sohn, BMO Capital Markets, PDAC and the Denver Gold Forum. Daniela’s leadership and vision helped drive over 1 million unique views daily on Kitco.com, making it the largest gold site in the world.